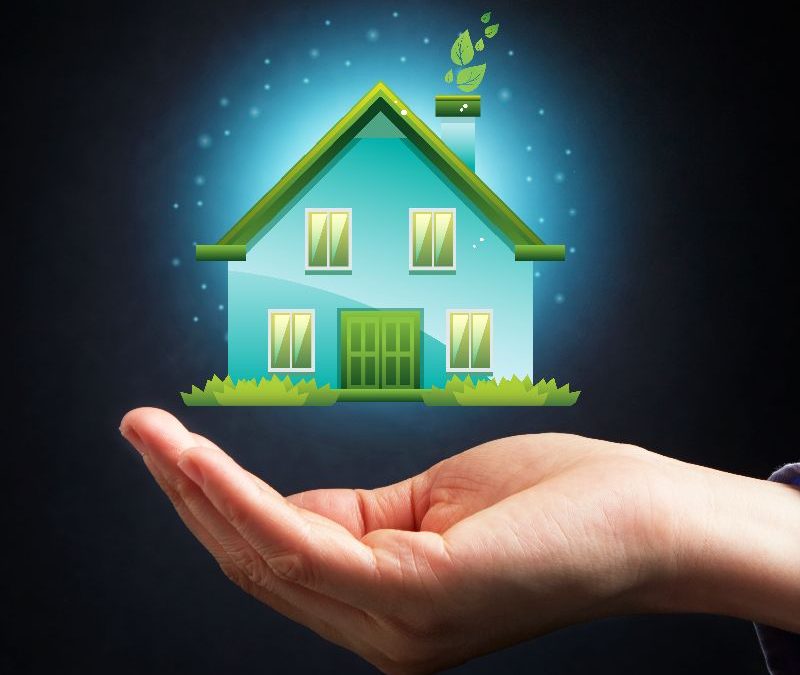 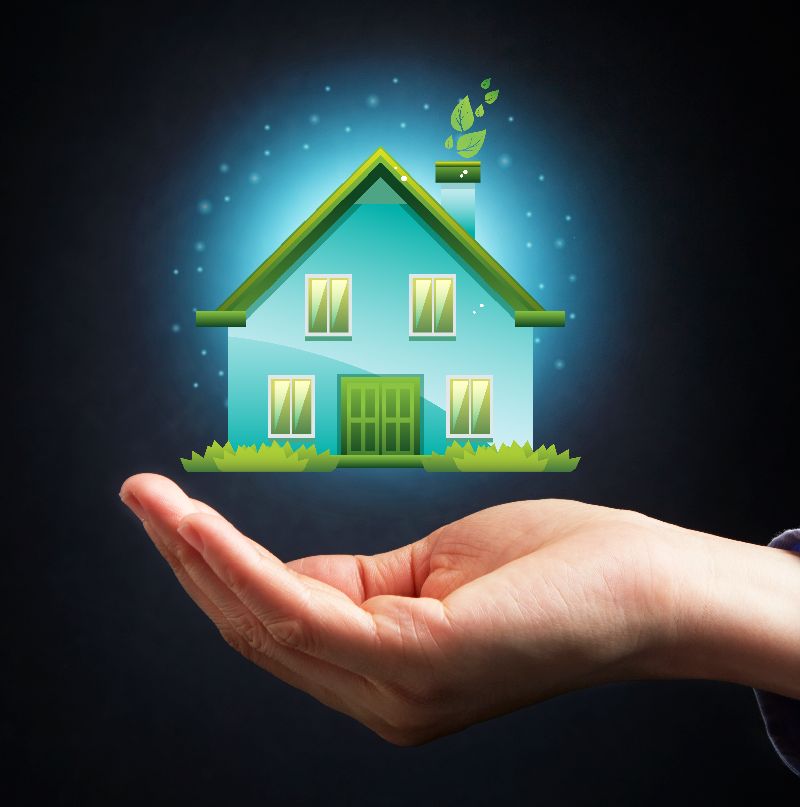 Be sure to go back and read the first and second posts on my decision to do the Community Energy Challenge (CEC), and how the process began.

Once the “energy audit” analysis had been completed, the scope of work defined, and the estimated annual energy costs calculated, I signed off to have CAZ Energy Systems do the work.

As I’d mentioned earlier, I knew the process was going to be burdensome and disruptive to the tenants. But I was banking on the fact that it would ultimately save them REAL money on their utility bills… AND it would make their homes a lot more comfortable.

The majority of the time and effort on the project took place in the crawl space, doing the full clean-out, air-sealing, re-insulating the floor and the pipes, duct replacement, and new vapor barrier installation. This work didn’t require going through the house or being in the house at all, which was good.

The attic clean-out, air-sealing, and re-insulating did require access from the interior ceiling hatch, though.

And the other work involving the bathroom fan installation, shower and sink aerators, accessing the electrical service panel when necessary… that all required interior access.

It’s no secret: Construction takes real time, has delays and unexpected puzzles. It doesn’t happen over night. The work on the duplexes took the better part of a month. As far as the tenants were concerned, I’m sure it seemed to drag on forever and involved countless “strangers” milling around.

I was grateful that the team at the CEC and CAZ took TOTAL ownership of the job. I wasn’t needed for frequent consultations or site visits, which I appreciated. They updated me by phone and email, but the work was in their wheelhouse and I was hands-off.

Eventually, I got the call that the work was complete and ready to follow-up testing.

*An important note about a major component for each apartment that we brought back to life as part of this work. Each unit had two heat sources: Electrical baseboard heaters in the living room and bedrooms, and a forced air furnace that ran off the water heaters.

The furnaces had been taken out of service by the previous owner, so all the tenants were relying on the baseboard heaters as the sole source of heat. When you factor in the previously dismal insulation and lack of any air-sealing, almost all the heat was immediately leaving the interior through the ceiling. Bottom line: It was costing the tenants a fortune to heat.

During the CEC work, we decided to tune up the furnaces and get them working again (hence the duct replacement/repair during the crawl space phase of the work).

It was late summer by the time the contractors packed up and moved out, so we wouldn’t get a good idea of cost savings on heating til the weather got nice and cold again. Fortunately, for testing purposes, we had a harsh, cold, early winter. By January 1 the tenants had been in full-blown heating mode for a couple months.

Every tenant profile was slightly different:

The pair with no pets was the most forthright with sharing their numbers.

Before the CEC, they’d been heating solely with the baseboard heaters. They spent a lot of time at home, so they kept those heaters going a lot. Their monthly electrical bills in the heating season averaged $180, and their natural gas bills averaged $30-ish, for a total of $210/month.

After the CEC, they abandoned using the baseboard heaters and used the furnace, which ran off the natural-gas-fueled water heaters. So their gas bills went up — to about $70/month. But their electric bills dropped from $180/mo. to between $30 and $40/month.

They were saving about $100/month, in just the one apartment. Even if the neighboring unit was realizing savings of half that, it equated to savings of approximately $1800/year in utility costs.

What was extra nice, though, was that they reported a much, much more sound, quiet, and comfortable interior space. The air sealing and extra insulation transformed the thin, noisy, drafty feel and replaced it with a solid, silent, more comfortable feel.

Again, I acknowledge that these are not necessarily MY savings, as the tenants are paying for the utilities. But the buildings are better buildings now, and their values will have increased because of the improvements. As I re-rent the apartments to new tenants, I’ll be able to command higher rents because of the more efficient operation costs.

All in all, I’m proud to have done the Community Energy Challenge, and I know the tenants are super appreciative. 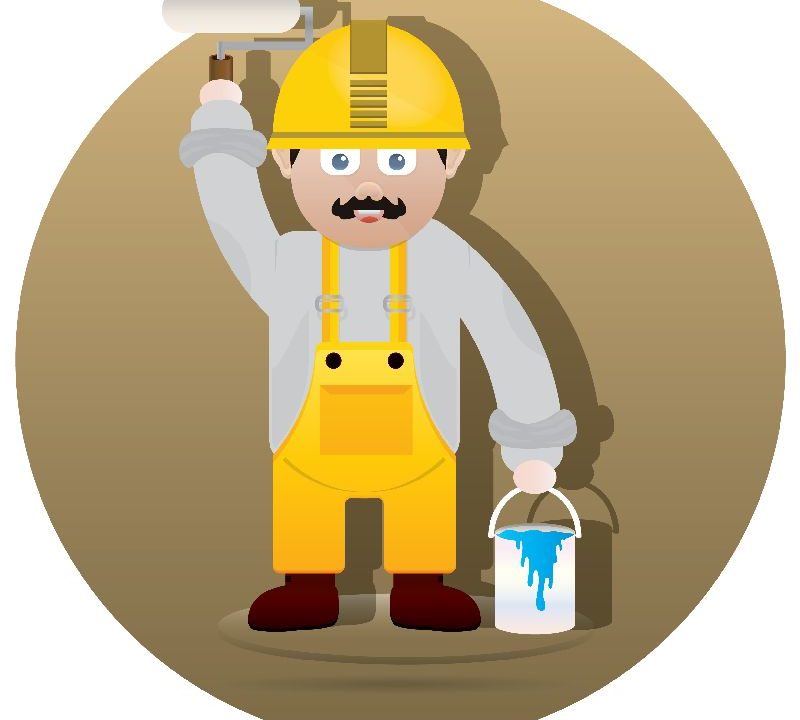 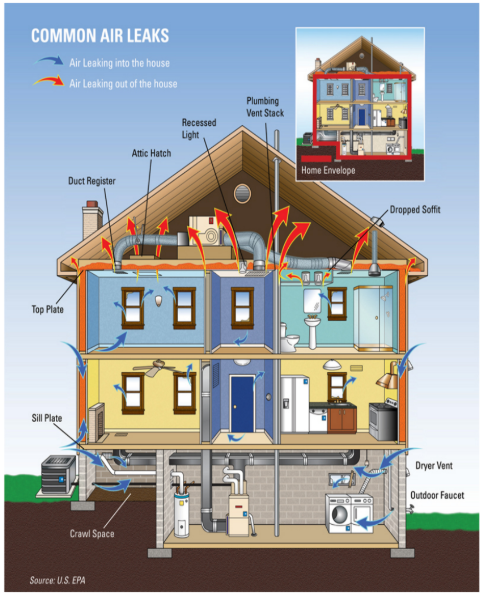 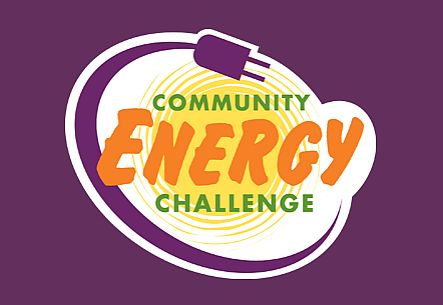 Taking the Duplexes Through the Community Energy Challenge