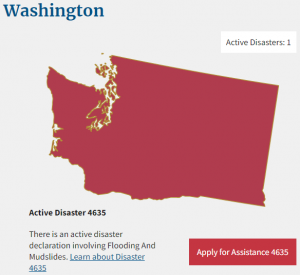 As we are well aware, the floods in November 2021 were devastating for many of our County’s residents.

For likely thousands more, although the damage may not have been fully devastating, it was likely pretty costly.

Multiple grass-roots efforts were made to help ease the burden, including the Flood Help Fund that we launched and that many of you donated to.

For some, there will (eventually) be insurance money.

And as of January 5th-ish, our affected neighbors can also apply for Federal grant money through FEMA — the Federal Emergency Management Agency.

Q: What areas are included?

A total of three WA State counties, Clallam, Skagit and Whatcom counties, as well as the Lummi, Nooksack, and Quileute Nations were part of the “disaster” designation.

Q: How does FEMA decide to grant an area this status?

It starts with that state’s Governor and/or Tribal Chief Executive conducting a preliminary damage assessment (PDA), formally communicating the extent and types of impact on individuals and public facilities, as well as what types of help may be needed.

Of course, they are trying to show that an effective response is beyond the means, budgets, and/or abilities of state and local government or leadership.

Ultimately, this information is put in front of the President of the United States, and only he can sign it for approval.

In this case, Biden reviewed the evidence and gave our beloved Pacific NW corner of the world the green light for federal help.

The damage to public and private property in Whatcom County alone, caused by the flooding, is estimated to be around $50,000,000 (fifty million dollars).

(I don’t have info on Clallam or the three First Nation areas’ damage estimates).

The total dollar amount FEMA has earmarked for our county plus Skagit and Clallam counties, plus the First Nation communities listed above, according to FEMA’s press release, is about $1.5M.

So if 1500 households apply and are awarded equally, they would each get about $1000.

Note that this money isn’t meant to rebuild homes or replace destroyed cars.

It’s similar to the Flood Help Fund, just a little cash to help our affected neighbors survive the day-to-day.

Q: What happened when one of this blog post’s readers applied?

I heard from a reader that as soon as he saw the FEMA news on January 6th, he made application.

He had flood water intrusion into his finished basement, and it caused some damage to the flooring, sheetrock and baseboard trim.

Here is the timeline of events that he shared with me:

January 6: At 8 a.m. he filed the claim through FEMA’s application web page. It took him about 8 minutes.

January 10: At 9 a.m. a FEMA inspector who had flown here from Alabama called and arranged to stop by their house at 2:30 p.m. that same day.

January 10: At 2:30 p.m. the inspector arrived and spoke with the homeowner on the front porch. She asked questions like:

She then snapped a few pictures of the home’s entryway.

She said that they aren’t allowed to enter the home so there was no actual inspection of the damage.

She didn’t want to see the basement or photos of the damage.

Her total visit time was about 5 minutes.

January 13: At 10 a.m. our man received notice via email that his “FEMA account status has changed.

Exactly one week, start to finish.

Q: How can YOU apply?

If you or someone you know was affected by the floods, you can apply as follows:

Online. Go to this page and follow the prompts. Budget about 20 minutes for the complete application process.

If you have a friend or family member who would benefit from this — and hey, it may not be much, but any amount is probably worth a 20 to 30-minute investment of one’s time — then please forward this information to them. 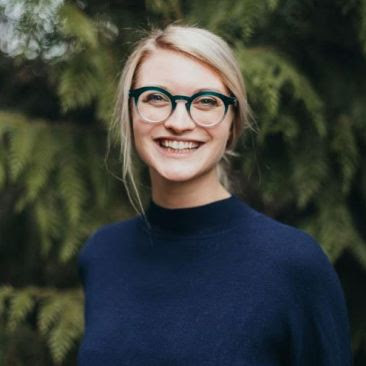